Newspapers Report the Missing in Action

In October 1944, the Atlanta Constitution reported two local boys missing in action in Germany.  They were both on the Lead Banana on September 28 and were involved in the mid-air collision with Lazy Daisy.

Farrar was a regular member of the Buslee crew.  Septemer 28 was his 16th mission.

Staff Sergeant George Edwin Farrar, 22, of the Air Corps, has been missing in action over Germany since September 28, the War Department has advised his parents, Mr. and Mrs. Carroll J. Farrar, 79 East Lake Terrace.

Sergeant Farrar joined the Air Corps in 1942, and won his wings at Kingman, Ariz.  He was a gunnery instructor at Kingman until going overseas this June.

He has two brothers in the armed forces, Robert B. Farrar, in the Pacific, and Sergeant Carroll J. Farrar, of Greensboro, N.C.

It was only the third time Henson had flown with the Buslee crew and he was getting close to the end of his service.  September 28 was his 26th mission.

First Lieutenant William A. Henson II, 21-year-old Conyers navigator, is missing in action over Germany, according to a War Department telegram received by his parents, Mr. and Mrs. W. A. Henson, of Conyers, and his wife, the former Miss Harriett Whisnant, of Summerville.

Winner of the Air Medal with Oak Leaf Clusters for “meritorious achievement” while serving as bombardier on an Eighth Air Force B-17 Fortress, he was flying as lead navigator when his plane was shot down September 28.  He has flown 26 combat missions over enemy territory.

A graduate of Conyers High School, Lieutenant Henson had completed two years at the Citadel when he enlisted in the Air Corps.  He had served overseas since April, 1944.

Farrar Family Reacts to the News

George Edwin Farrar, my dad, was born in 1921 and was the middle child in a family of nine children.  His mother was Raleigh Mae George Farrar and his dad was Carroll Johnson Farrar, Sr.  The ages of the Farrar children spanned twenty-seven years, from Geraldine born in 1910, to Beverly born in 1937.

Geraldine was eleven years older than my dad and was called “Gerry.”  A photo of Gerry and my dad as a child:

By 1944 Gerry was married to Wallace “Wally” Mass and living in Susanville, California.  On October 15, 1944, she sent this telegram home after hearing the news of my dad being missing in action: 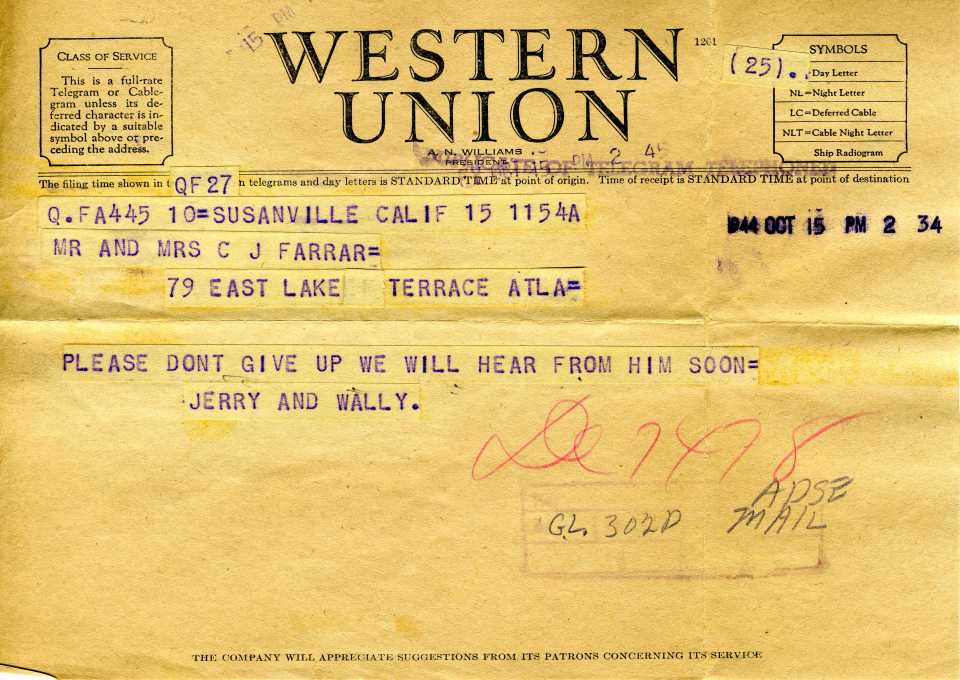 And finally, a photo of my dad and his mother when he was home on leave earlier in his service: 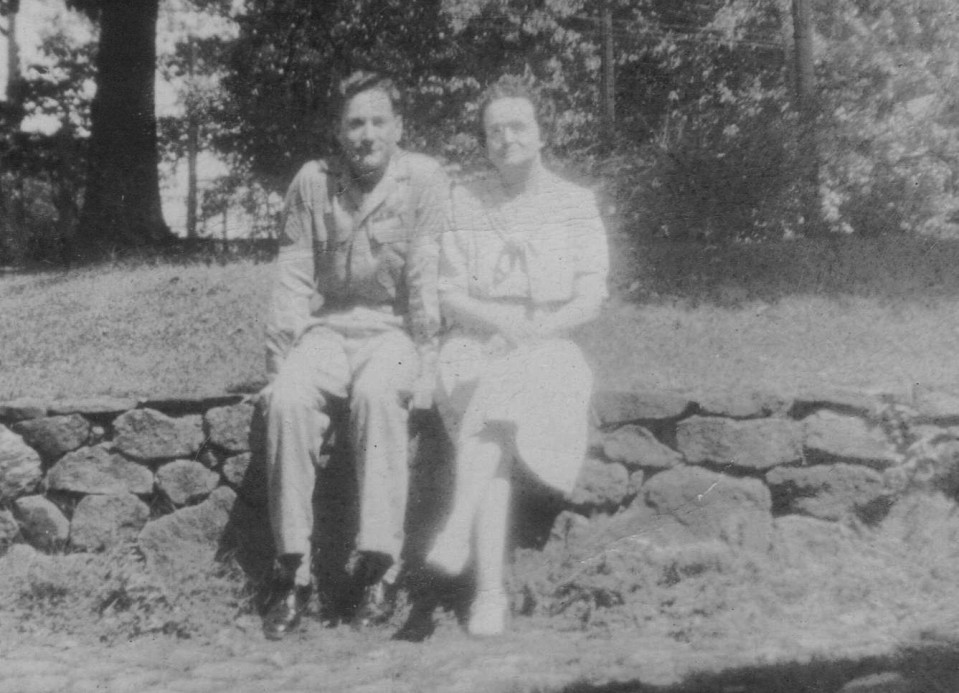