The group was accompanied by Arena Travel tour manager Rick Hobson and toured the Thorpe Abbotts airfield, home of the Bloody Hundredth; the market town of Lavenham; the village and air base of Grafton Underwood, where the 384th was based during WWII; the Duxford Battle of Britain Air Show and Imperial War Museum; the Cambridge American Cemetery and Memorial at Madingley; and the town of Cambridge.

I will share more photos and stories of the trip very soon, but for now, as I’m pouring through the 1,000+ photos that I took during the junket and during a subsequent trip to Scotland, I’ll just share these few.

The entire group gathered on the steps at the Cambridge American Cemetery and Memorial at Madingley, including our three attending veterans on the front row, left to right, Len Estrin (with Len’s wife Helen), Henry Sienkiewicz, and Henry Kolinek. Our group of thirty-nine from the States was joined by many of our 384th friends in Britain and Arena Travel tour director Rick Hobson. 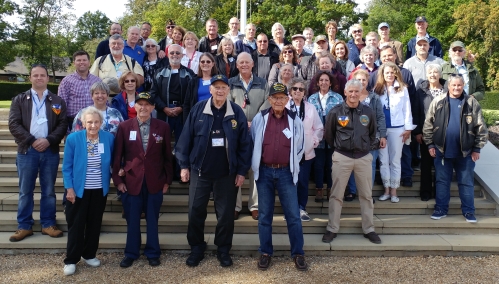 I previously met a few folks from the UK, like Neill and Bridget Howarth, Kevin Flecknor, and Rob Long, during their travels to the States for 384th Bomb Group and 8th Air Force reunions, but prior to our junket have only known many of the UK folks through the 384th’s Facebook Group. What a treat to finally meet so many of them in person!

I caught up with old friends Neill and Bridget Howarth and met Facebook friend Jason Mann, all of whom orchestrated much of our visit to England, especially our visit to and tour of Grafton Underwood. 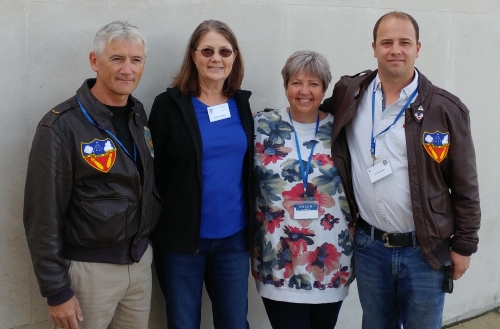 I also met in person for the first time British Facebook friends and friends of the 384th Graham Butlin, Snowy Ellson, Alan Dickens, and Tony Plowright, and the one thing I did learn was that my visit to the UK was far too short. 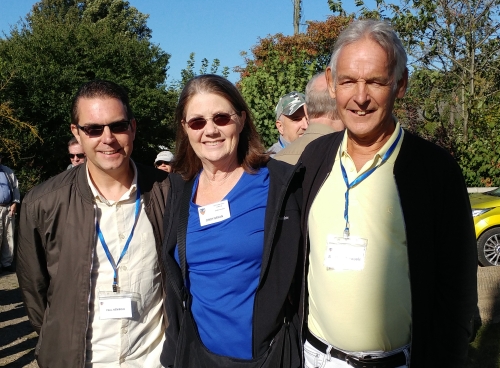 I met Richard Denney and his aunt June. 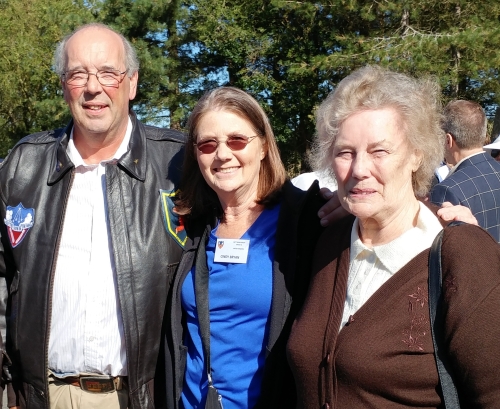 The stories of my connections to the Newbold’s and Denney’s will be coming soon. These were the most anticipated and emotional of meetings for me.

Of course, the highlight of the trip to England was our day at Grafton Underwood, meeting the Newbold’s and the Denney’s, and our tour of the airbase from the back of a WWII Willys jeep. 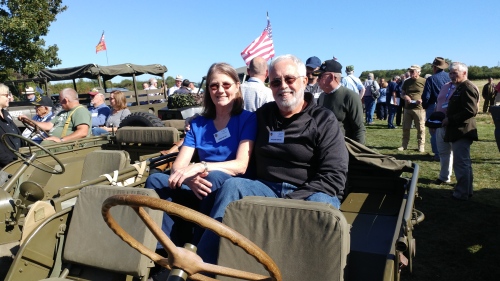 Cindy and Bill Bryan in a WWII Willys Jeep in Grafton Underwood, England

At the Duxford Battle of Britain Air Show, we climbed inside the UK’s B-17 Sally B and took a photo of some of our group in front of her. 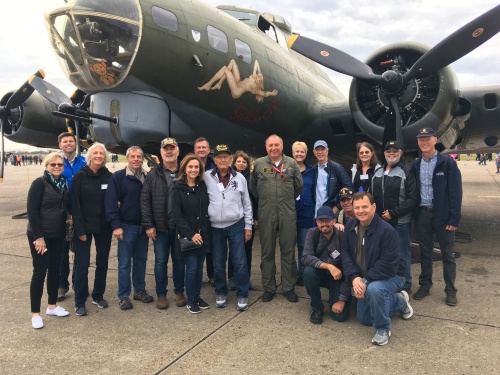 384th Junketeers at the 2019 Duxford Battle of Britain Air Show

We walked down the road in Grafton Underwood from the Village Hall to see the stained glass window in St. James the Apostle Church. 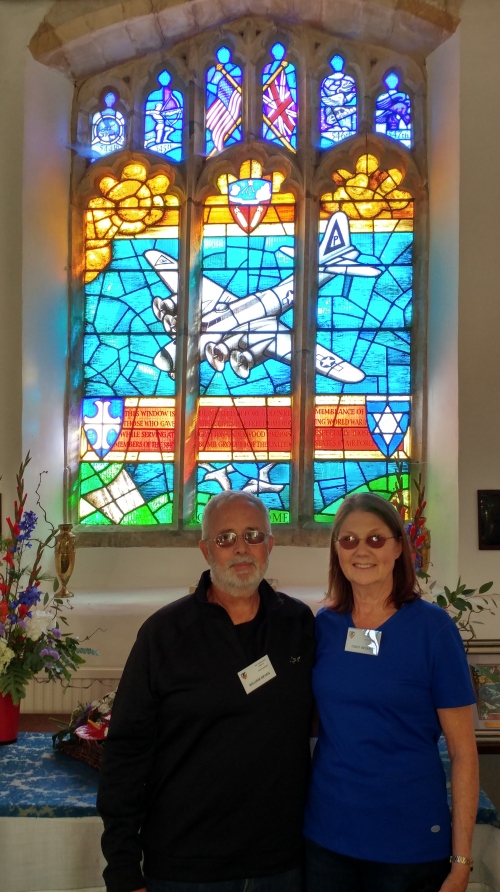 Bill and Cindy Bryan in front of the 384th Memorial Window at St. James the Apostle Church in Grafton Underwood, England

That’s all I have for now, but I’ll be writing more and posting more photos in the next “post-mission briefing”…