The John Buslee crew’s original bombardier was Marvin Fryden. Fryden was killed on his second mission on August 5, 1944 by a burst of flak aboard Tremblin’ Gremlin. James Davis replaced Fryden as the Buslee crew’s bombardier. In the original Buslee crew photo that I have, the man standing on the far right is identified as James Davis. I have always questioned the accuracy of that identification. I have always believed that the bombardier in the photo is Fryden. 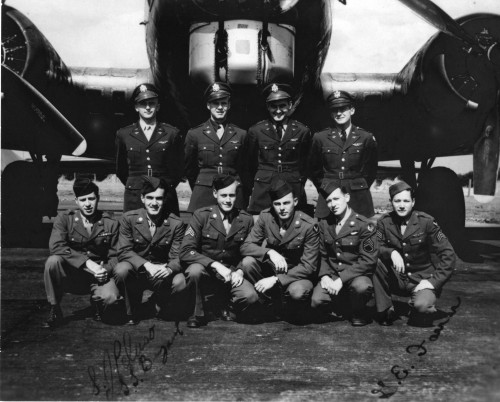 On my visit to the National Personnel Records Center in St. Louis last October, I found a picture of James Buford Davis in uniform. 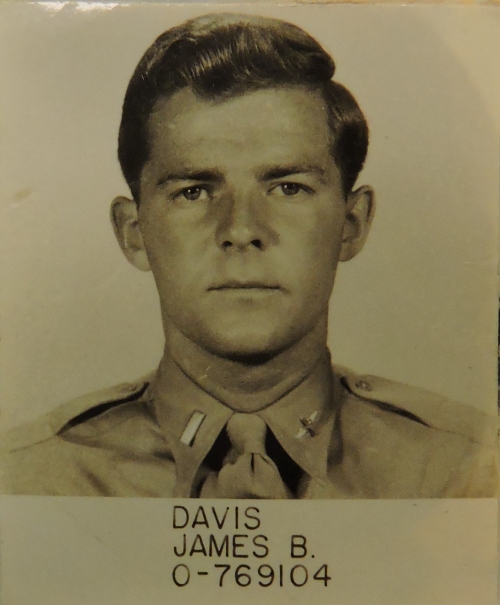 I feel more certain now that the photo of the Buslee crew actually includes Marvin Fryden rather than Davis. 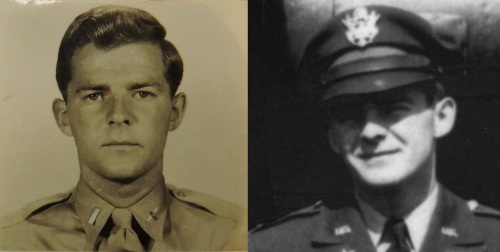 James Davis on the left. Davis or Marvin Fryden on the right?

Agree or disagree? I would love some feedback.