The co-pilot of the James Brodie crew was Lloyd Vevle. He lost his life in the September 28, 1944 mid-air collision between his B-17, Lazy Daisy, and the Buslee crew’s B-17, Lead Banana. I have written about Lloyd previously here.

Lloyd had a twin brother named Floyd in the 390th Bomb Group.  Floyd lost his life early the next year on January 14, 1945. I have also previously written about Floyd here.

The reason I am returning to the story of the Vevle twins at this time is that 384th Bomb Group Combat Data Specialist Keith Ellefson has informed me that the American Air Museum in Britain website has found and added photos of the Vevle boys.

Since the AAM so kindly shares their photos, I am pleased to have the opportunity to share them here. 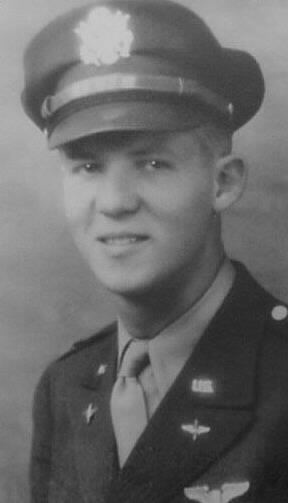 As I’m digging into research again on the Buslee and Brodie crews, I need to revisit sources like the American Air Museum in Britain for updated information on all of the boys of both crews. I also will be digging into the research records that I obtained from the National Personnel Research Center during my visit last October.

The picture of these two crews and their families becomes clearer to me with every bit of information I find. Thank you to all of them for the sacrifices they made in WWII.