The next communication Raleigh Mae Farrar received about her son was from the War Department.  Her son, George Edwin Farrar, was now identified as prisoner #3885, confined at Stalag Luft IV (4).  She now had instructions on how to send her son parcels and tobacco and revised instructions for sending letters.

The Provost Marshal General has directed me to inform you that the above-named prisoner of war has been reported interned at the place indicated.

You may communicate with him by following instructions in the inclosed circular.

One parcel label and two tobacco labels will be forwarded to you every sixty days without application on your part.  Labels for the current period will be forwarded under separate cover with the least practicable delay.

Further information will be forwarded as soon as it is received. 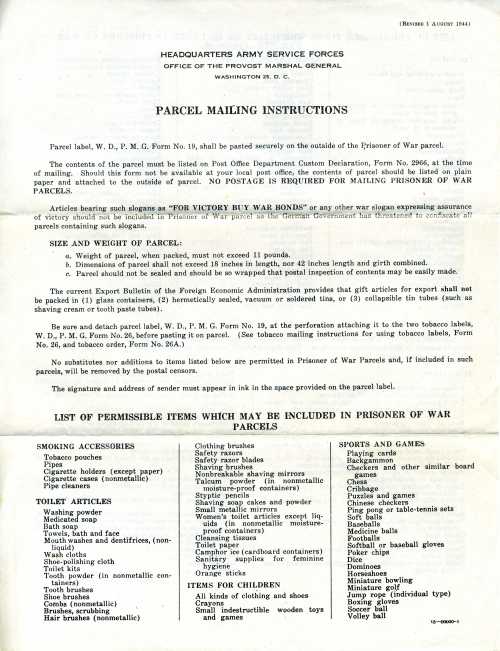 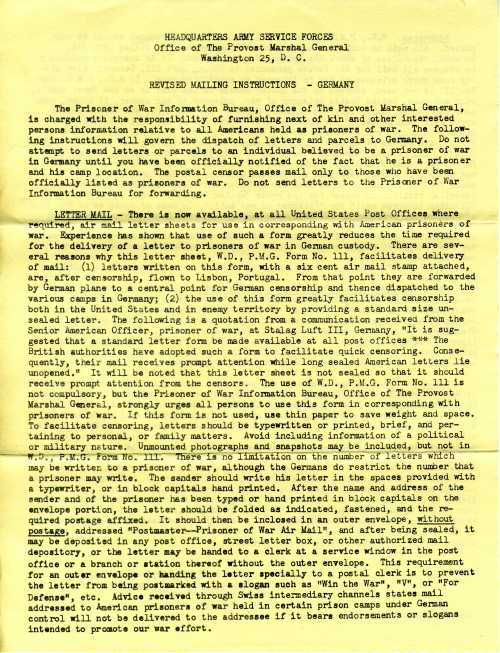 Page 1 of Revised Mailing Instructions for Prisoners of War

Page 2 of Revised Mailing Instructions for Prisoners of War