My dad, George Edwin Farrar, spent time at the 383rd School Squadron in Albuquerque, New Mexico before heading overseas with the 384th Bombardment Group of the Eighth Air Force.  While in Albuquerque he had his photo made with Hollywood movie star Anne Shirley. 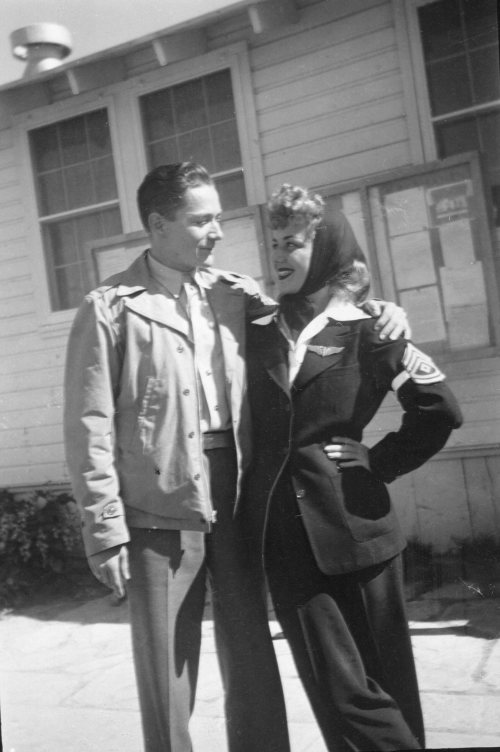 Another photo of my dad and Anne Shirley.  The man on the right and the man in the background are not identified. 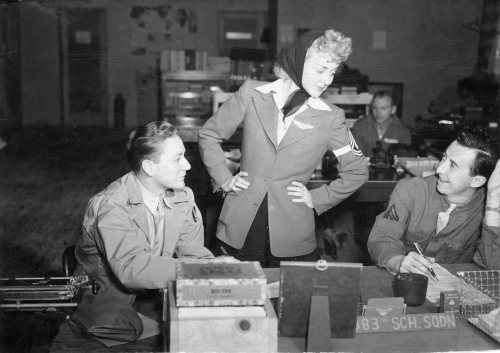 He was even able to get her autograph… 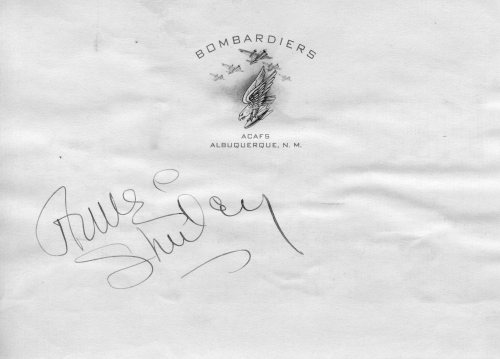 My dad also crossed paths with Margie Stewart, the official poster girl of the United States Army during WWII.