On his eighth day of captivity, October 5, 1944, George Edwin Farrar filled out a postcard to be sent to his family advising them that he was a prisoner of war and in good health.  Either he was instructed to lie about his physical condition or he did not want his family to know he was injured.  His family did not receive this card until after the end of the year, sometime in 1945. 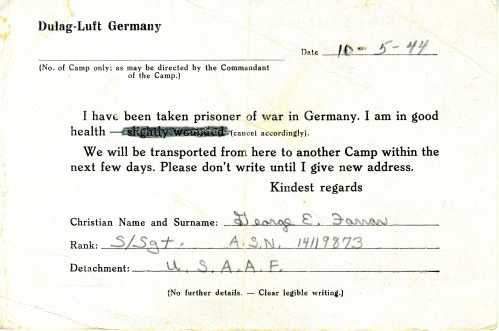 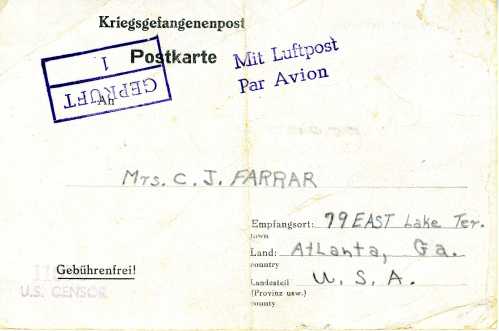 At this point, the Farrar family had not been notified that there son was missing.